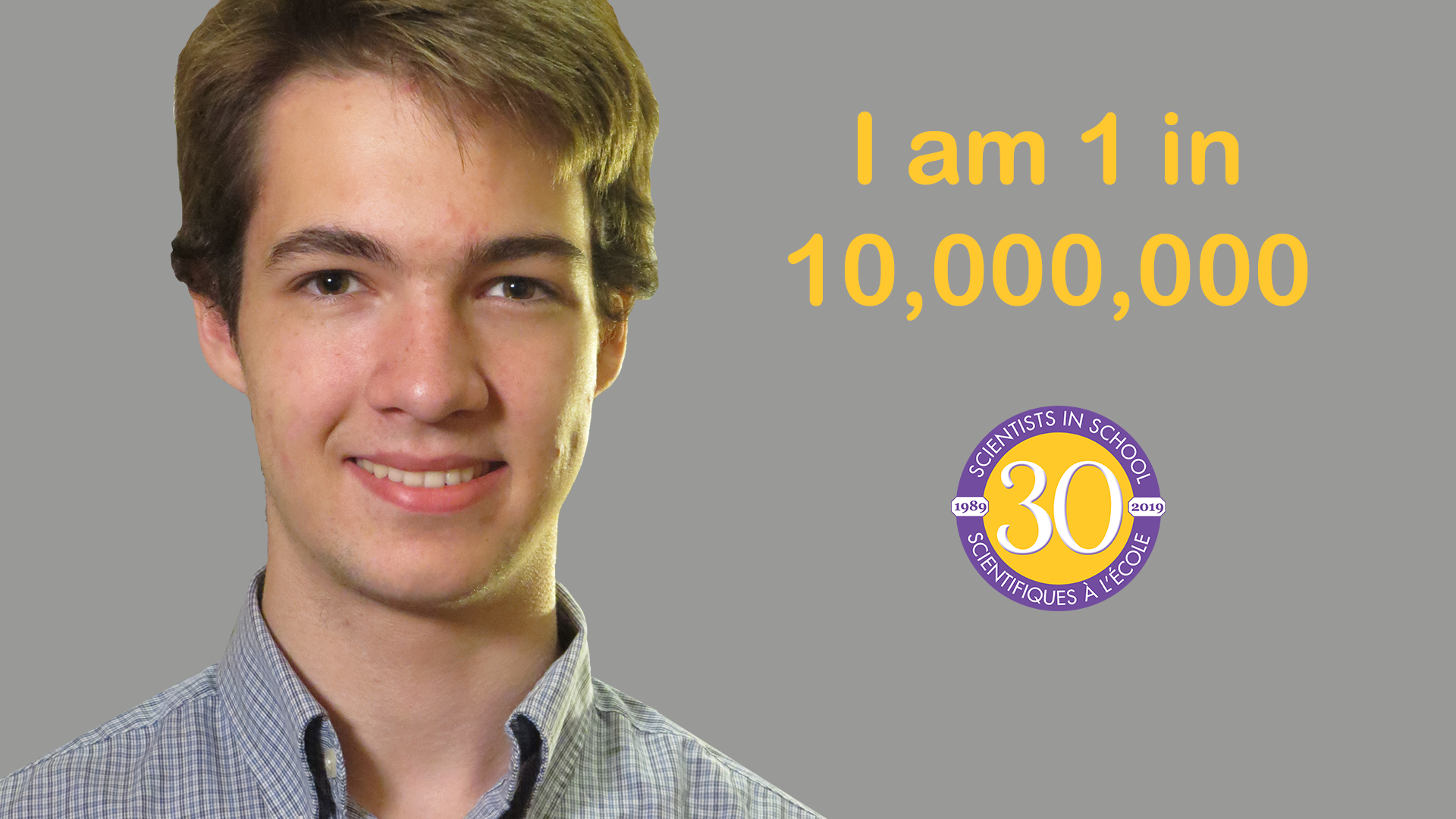 Every child has the potential to be a future change-maker and leader. Over the past 30 years, Scientists in School has helped inspire 10 million young scientists to envision a future in science, technology, engineering and math (STEM). Although not every child will ultimately pursue a pathway to a future in STEM, many of our program alumni do.

Nicholas is one of those young people.

In elementary school, Nic had multiple Scientists in School experiences. He explored simple machines like pulleys and gears, observed preserved insects, assembled a rodent skeleton using owl pellets, constructed electrical circuits, and discovered the wonder of human senses. Each workshop helped empower him to see the fun side of science through hands-on exploration.

“In all of these investigations, I felt a sense of wonder instilled in me by the program. I was always excited going into Scientists in School, as I knew I would learn so much more about what I had observed on my own in the outside world. From analyzing the construction of insects to the physics of simple machines, my curiosity was always reinforced by the omnipresent sense of wonder I felt while completing that day’s experiments and activities.”

Now in his final year of high school, the Grade 12 student says that Scientists in School greatly reinforced his interest in science. He is applying the skills he developed in these hands-on workshops to his STEM courses in Physics and Advanced Functions, and intends to study Calculus and Vectors, Computer Science, and Chemistry in his final semester. He has his sights set on a post-secondary future in Engineering or Computer Science, and is particularly interested in adapting biological structures and systems for use in robotics and artificial intelligence.

But at a young age, Nic has already made a mark on the world through innovation and critical thinking. The impressive Grade 12 student founded his school’s robotics team and served as team captain. He also developed an app called Saturday Virtual Assistant, an offline virtual assistant with features including a compass, calculator, a protractor and a reminders and notes feature. He also spent his summer working for steamlabs on an exciting project in collaboration with Scientists in School, where the two organizations worked together to develop a new technology-based workshop for Kindergarten to Grade 8 students. For his part in this project, Nic brought his keen interest in STEM and critical thinking skills to the initiative by retraining computer vision systems using TensorFlow. In the future, Nic’s dream is to work on artificial intelligence software for robotics systems.

Scientists in School helps give children the opportunity to learn more about the subjects they may have been interested in, but do not always have the opportunity to study either in-depth or in a hands-on fashion, Nic says. He believes it is very important to get kids excited about science early – just like he was.

Read more about Scientists in School’s impact on children and youth by visiting our Alumni page. Are you a Scientists in School participant alumni? Contact us at inquiries@scientistsinschool.ca to share your story, or use the hashtag #SiSImpact on social media!

Meet Natalie: From Scientists in School Alumna, to Future Engineer

Meet Julia: A Young Role Model in STEM and Scientists in School Alumna