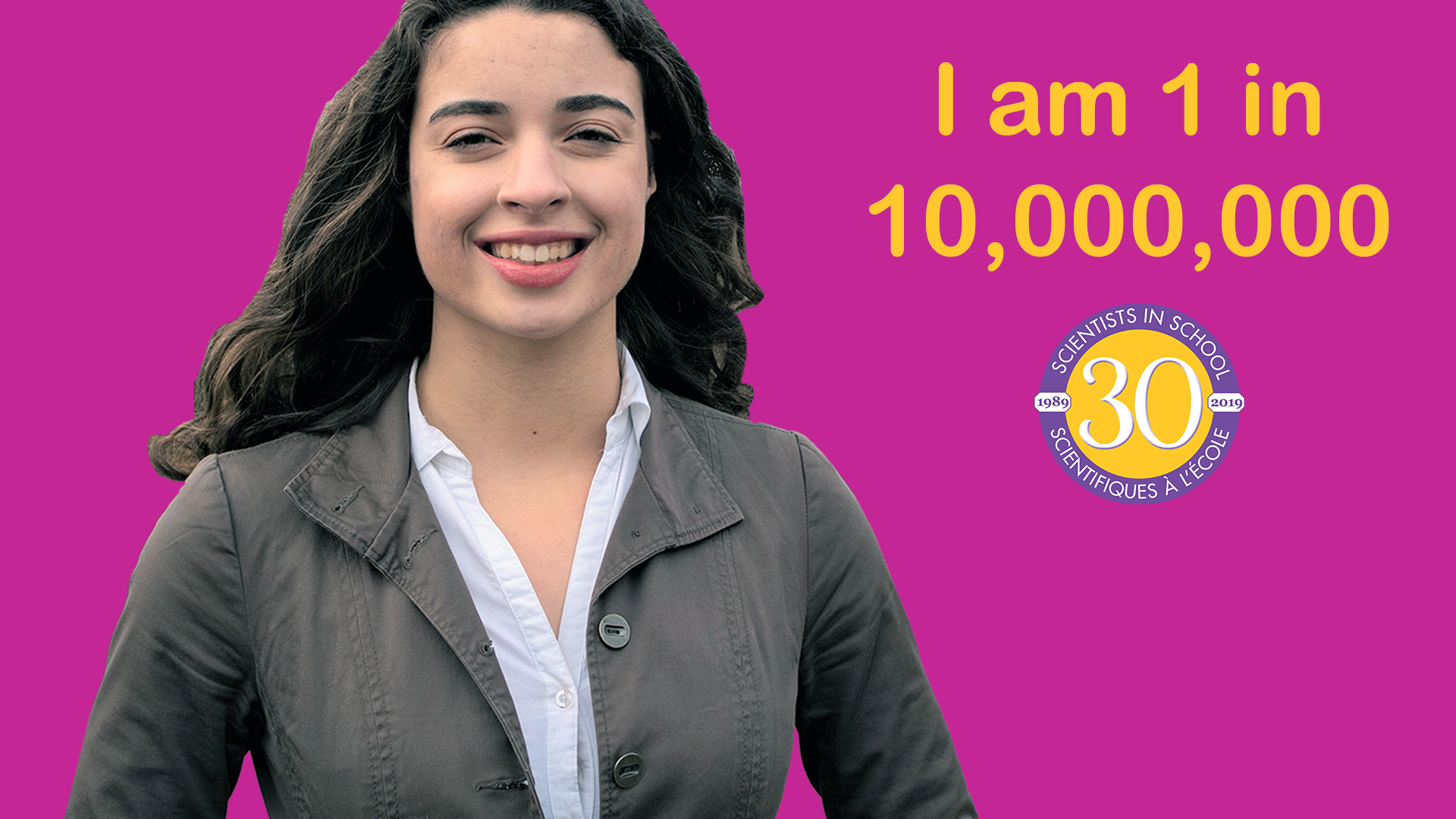 Meet Natalie: From Scientists in School Alumna, to Future Engineer

Over the last 30 years, we’ve come across thousands of promising students with undoubtedly bright futures. Natalie is one of them. The Mechanical Engineering student, who is in her second year at Ontario Tech University, is also a Scientists in School participant alumna. We’re delighted to share Natalie’s wonderful story of finding her passion for engineering, and her thoughts on the importance of equity in STEM.

During a Scientists in School workshop, Natalie couldn’t figure out how the visiting scientist pulled an egg into a jar using physics. At first, it seemed like magic, she says. But it wasn’t a magic trick – it was a Scientists in School STEM investigation, one of many that Natalie experienced throughout elementary school.

“[Scientists in School] was honestly one of my favourite parts of the year. A cool scientist would come in sometimes wearing a big white lab coat and conduct exciting experiments with us we normally wouldn’t do,” Natalie says. “The fact that most of the experiments had different outcomes than what I expected definitely made me think more about science and how my [expectations] weren’t always reality.”

Fast forward to today, and Natalie is focusing on the “e” in STEM in her second year of Mechanical Engineering at Ontario Tech University. As someone who has always loved math, science, and using complicated equations to produce real-world applications, Natalie knew that engineering was what she wanted to do for the rest of her life – and partly thanks Scientists in School for opening up this world of discovery to her.

“Scientists in School helped me greatly when finding my passion for engineering. The initial introduction to all of the cool things that you can do in science helped me find a passion for it at a young age,” she says.

She also stresses the importance of seeing role models that aren’t always represented in STEM fields. More inclusivity shows all children that anyone can be a scientist.

“Seeing that most of the scientists were also female helped me as well, as it made me realize that it is a completely normal thing for a woman to be in STEM,” she says of Scientists in School workshop presenters.

Natalie believes that it’s important to get children excited about science at an early age – just like she was – for the future of our world.

“Getting children interested as young as possible in science only brings a positive attitude and happy outlook to science and math in general! The future is determined by scientists, and the future scientists are the kids of today.”

In the future, Natalie envisions several paths for her engineering career, including becoming a project manager, or designing amusement park rollercoasters across the globe. No matter what she chooses, we know that she will leave a lasting impact on the world with her talent.

Read more about Scientists in School’s impact on children and youth by visiting our Alumni page. Are you a Scientists in School participant alumni? Contact us at inquiries@scientistsinschool.ca to share your story, or use the hashtag #SiSImpact on social media!